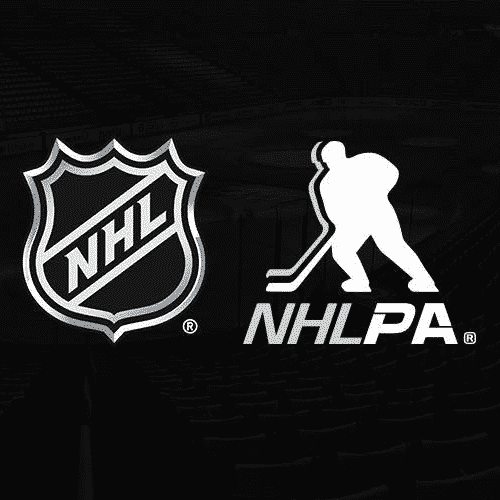 CSG Kits2020-12-16T13:12:52-05:00
By CSG KitsCommunityComments Off on Insider Trading: Layering impact of roster size slowing down talks between NHL, NHLPA

If the NHL season is going to start on the targeted date of Jan. 13, players will need to start quarantining this weekend. What’s holding things up as time gets scarcer and scarcer?

Dreger: Well, a lot of things but to simplify it, there are so many issues around roster size, taxi squads, how that’s going to impact the American Hockey League as an example. Will waivers be required for players to clear to be placed on a taxi squad? How many players can be there? How do you activate that player from the taxi squad and how many moves can you freely make as an NHL club? So, there’s a lot to work through.

Seravalli: And part of the focus in these discussions over the last number of weeks has been these transactions between rosters and taxi squads as it relates to the salary cap. We know that’s not changing at $81.5 million but if your roster size is a maximum of 25, then how do you transition players to that taxi squad? We’re told that at this point it would seem to be like a normal AHL transaction in the sense that no, the player is not leaving town but his salary cap hit would come off the books unless it’s one of those larger salaries that you’re trying to bury. Everything except for $1.075 million would count against your cap. So, moving forward, there’s all sorts of permutations and language that needs to be figured out including accrued seasons, pro seasons, all things that relate to the expansion draft. So many things to sort through, guys.

What about local health restrictions?

Unlike the summer, the NHL will not be returning to play in bubbles, which means teams are often at the mercy of local government restrictions. How is this affecting players returning to their current markets?

LeBrun: It’s certainly a different situation from one Canadian NHL team to another. I mean, the Toronto Maple Leafs and the Ottawa Senators lead the way in terms of how many players who have already returned or have been there all this time. The Leafs are at 36 which leads all seven Canadian teams in terms of players who are already in town. The Ottawa Senators are up to 31 with more players arriving over the last 48 hours. That’s huge for the Senators, we know they will start camp three days before the other teams in Canada because they didn’t play hockey in the Return to Play last summer. On the other end of the spectrum, the Winnipeg Jets began the day at only four players in town. Of course, their facility had been closed until last Saturday. That number grew to nine on Tuesday. Five more players were slated to arrive for the Jets. The Habs are under 10, they only have three or four regulars and then some AHL guys. Their facility remains closed in Brossard, Que. In Alberta, the Oilers are at 12 and the Flames at 26, they have a shorter quarantine period in Alberta of eight days. But in the meantime, some other Canadian teams I know are talking to their provincial governments about perhaps adjusting the quarantine period for some of their players if they only go to the practice facility. We’ll see where that goes.

We know the NBA is allowing a limited number of fans to attend games in select markets. Is the NHL looking to follow suit?

Dreger: Well that’s a plan to some degree. We know that there will be buildings with some fans and what we don’t know is what is the percentage of capacity here? Is it going to be as low as 30 per cent? Could it be 50 per cent or higher? It depends on the restrictions of each city in each state and the problem with it is, what the expectation was in certain cities even a week ago, well that’s changed because of the issues and the severity of things those cities have had to address since. So, it’s very much a moving target.

Seravalli: And that would only be fans if the NHL can indeed open in all 31 arenas. That remains in doubt. Take the San Jose Sharks, for instance. I’m told they’re planning to open training camp in Scottsdale, Ariz., at the practice facility of the Arizona Coyotes. And moving forward, I’m told that NHL commissioner Gary Bettman has sought the counsel of Dr. Anthony Fauci from the National Institute of Health over the course of this pandemic and one of the recommendations that Dr. Fauci had made to Bettman over the last number of weeks was if you want to pull this off and start the NHL season safely, the best way to do that would be in hubs. That’s not the preference of both clubs and players, but I’m told that hubs very much remain a Plan B and are on the table. So, lots still in the air with less than a month until that start date target.

Reda: And we know the vaccines are being rolled out across North America even as we speak with millions of more doses still on the way. Who knows? Come June we could see more and more fans safely make their way into the arenas for the playoffs.