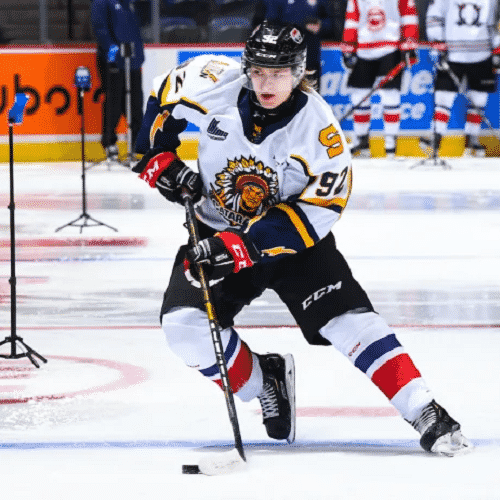 And the QMJHL may not be the only major junior league that ends up using one this season.

Strange times call for creative solutions and the QMJHL, as the only major junior circuit playing right now, is confronting this reality first.

The league has announced a “protected environment event” in Quebec City later this month, featuring seven franchises that have been affected by the Covid-19 pandemic. Gatineau, Drummondville, Blainville-Boisbriand, Shawinigan, Victoriaville, Chicoutimi and Quebec are all located within the province’s “red zone,” which has limited the amount of games those teams have been able to play so far in 2020-21. The Quebec Remparts, for instance, have only played twice; meanwhile the QMJHL teams in the maritimes (Halifax, Cape Breton, etc.) have already played a dozen each.

So the ‘Q’ is doing a Bubble. From Nov. 17-27, the seven “red zone” teams will play six games each at the Centre Videotron, a magnificent arena built recently with the hopes of drawing an NHL team back to Quebec City. While the details are still getting hammered out, the league has been working with public health officials in order to be compliant and safe.

Is this the only bubble we’ll see in the CHL this season, or merely the first? In my opinion, it’s important for all three leagues to be prepared for anything. The pandemic is already forcing hockey teams and leagues to be flexible and patient in order to keep as safe as possible and we still don’t know when the virus will have a cure.

Both the WHL and OHL have more time to plan their seasons, but they also have a bigger challenge than the QMJHL does. That’s because the ‘Q’ doesn’t have any franchises in the United States. So while the WHL doesn’t plan on starting until Jan. 8 and the OHL is aiming for Feb. 4, both leagues will have to figure out what happens if the Canadian border remains closed through the next few months. The WHL is in slightly better shape because that circuit has five teams in the U.S., all of which already play in the same division. So Spokane, Seattle, Tri-City, Portland and Everett can simply play each other under the WHL’s plan to keep all games in-division this season.

The OHL, on the other hand, only has three American franchises: Erie, Saginaw and Flint. Now, I understand that you do what you gotta do, but it would get really tedious playing the same two teams, even under the league’s plan to reduce the schedule to 40 games. Would it be possible to get the American squads over the border for some sort of OHL bubble at some point? Everything is speculation at this point, since the league still has to deal with a government official who thinks bodychecking carries the same risk of virus transmission as a judo fight – but again, this is our reality.

No doubt the franchises of major junior are going to be hit in the pocketbooks this season. In Quebec, there is government funding already and I’m sure teams in other provinces across Canada are getting their lobbying elbows sharpened – but for many of the players in the league, being able to play as close to a normal schedule as possible is crucial to their burgeoning  careers.

There’s also the fact that junior teams can do everything in their power to keep players and staff safe and it still won’t matter. USHL Waterloo held their training camp in their own bubble at a local Marriott hotel and the Black Hawks still had to scrap their opening weekend games because their Iowa county had too many Covid cases.

So yeah, we’re probably going to see more bubbles. It’s not business as usual, but it will be competitive hockey and at the end of the day, it’s something. At the least, the players who have invested so much in themselves need the opportunity to show off their skills – as long as their safety is not compromised. It’s a tall task, but the will is there and it can be done.